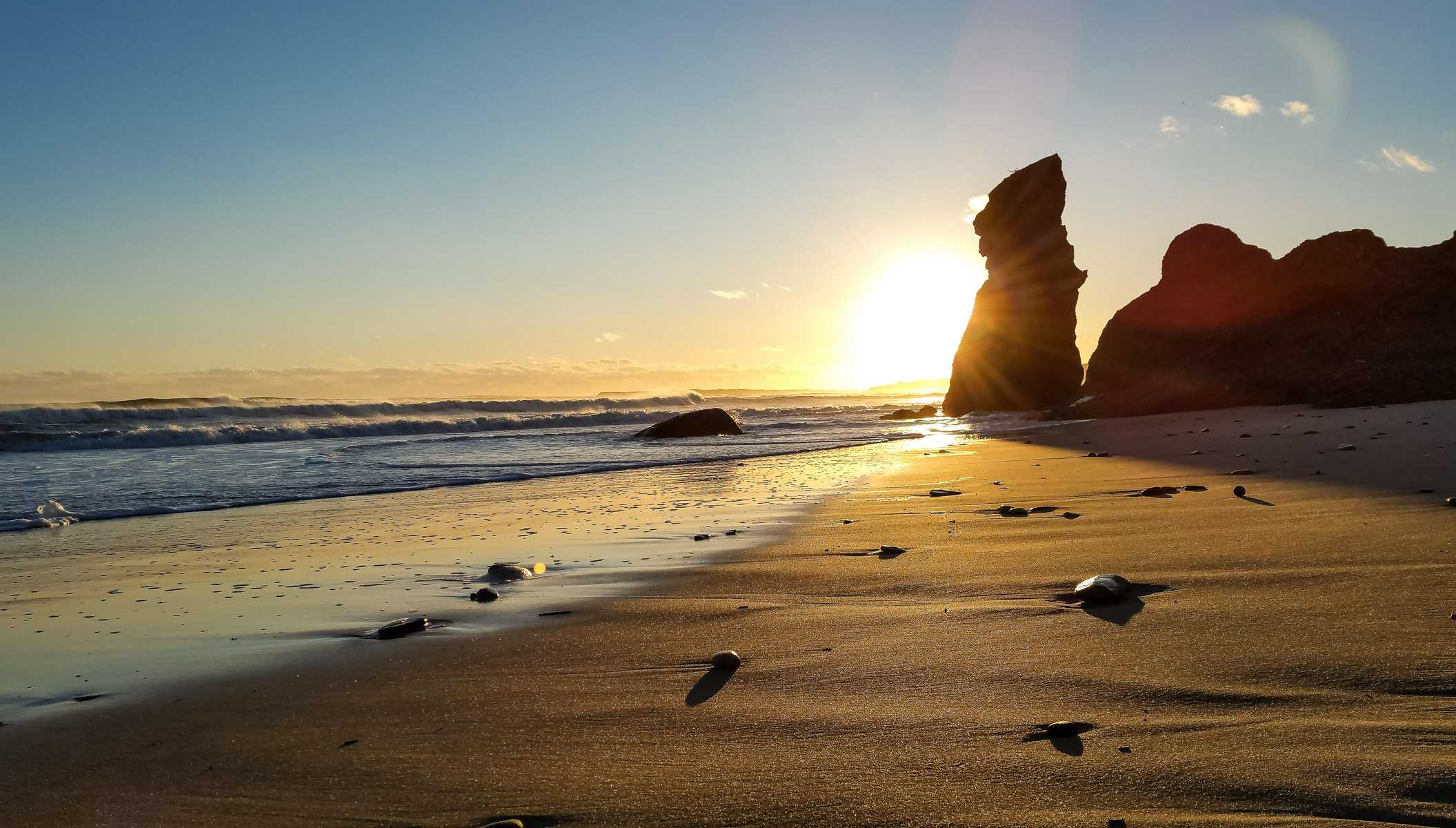 The Best Way To Travel to Martha’s Vineyard From Boston

Posted on
by
Marlena Grant

When going on vacation, it can be easy to get so focussed on our destination that we forget about the journey. For many, traveling is an inconvenience they would rather not have to endure, but it can be just as enjoyable as the vacation itself. Read on to find out the best way to get from Boston to Martha's Vineyard.

Known for its participation in the whaling industry between 1815 and 1860, Martha's Vineyard is a relatively small island 7 miles off the coast of Massachusetts. It's perhaps even better known for being the filming location of the 1975 film Jaws, though you can rest assured that the risk of a real shark attack is extremely low.

The New England island is a popular destination for its beaches, villages, fresh seafood, water sports and lighthouses. In addition, over a third of its land is protected from development, which ensures the future of its natural beauty. Martha's Vineyard can feel like a break from the rest of the country as chains aren't allowed to set up shop here, so independent shops and restaurants thrive.

Getting From Boston To Martha's Vineyard

The fastest way to travel to Martha's Vineyard is by plane. Cape Air operates several flights a day year-round from Boston's Logan International Airport. Note that though the flight only takes around 40 minutes, you will need to arrive at the airport an hour or two before taking off to allow for check-in and security.

For those who don't drive, there are several bus services running between Boston and Woods Hole, where travelers will need to board a ferry. Around four or five Peter Pan buses run from Boston's Logan International Airport per day, arriving in Woods Hole after a journey of just over two hours. Plymouth & Brockton also operates a similar service.

While there's no year-round train service between Boston and Martha's Vineyard, CapeFLYER provides a seasonal service that runs on weekends between Labour Day and Memorial Day weekend. Passengers can board the train at Boston South Station and alight in Hyannis, where they can get on a ferry to Martha's Vineyard.

Traveling from Boston to Martha's Vineyard by car opens up a lot more opportunities to enjoy the journey. By driving south through Massachusetts, you're free to decide the route you take, the time you leave and arrive as well as any stops you might want to make along the way. For this reason, we believe getting from Boston to Martha's Vineyard by car is the best choice. Read on for an example of a road trip you could take to make the most of every moment of your vacation.

Our road trip suggestion does take a more scenic route with a total drive time of just over three hours, plus the 45-minute ferry ride. But this is broken up between stops in some amazing locations and will be well worth it. Our route also minimizes the time spent on boring highways.

Driving out of Boston, you'll first drive alongside the long and sandy Wollaston Beach, giving you a taste of the rest of our coastal road trip. The road winds around towards Quincy, the birthplace of U.S. Presidents John Adams and John Quincy Adams. As Boston shrinks in your rearview mirrors, you'll notice Bare Cove Park on your right, and after around an hour of driving, arrive in Scituate.

A seemingly inconspicuous town, Scituate is a historic seaside community dating back to 1636. The town is home to Scituate Light, the 11th lighthouse to be built in the United States. The lighthouse is a great place for you to take a break and smell the fresh air as you learn a bit about its history.

Scituate Light was home to two girls who, in 1814 during the War of 1812, scared away the incoming British Navy by making sounds with their fife and drum that the British mistook for the sound of a full battalion. While the details of the story are disputed, the tale of the Army of Two is well-known.

Deciding it's time to continue the journey, you set out on the 45-minute picturesque drive to Plymouth. The road takes you through Mass Aubudon's North River Wildlife Sanctuary where, as you pass over the river, you may be lucky enough to spot some seals. This part of the drive allows you to start to connect with nature a little more after escaping the city of Boston.

If you want to explore some more Pilgrim history, Mayflower II marks the start of a walking tour through Pilgrim Memorial State Park, where Plymouth Rock lies.

Just a seven-minute drive from Mayflower II is the next recommended stop, Historic Patuxet. This is an opportunity to learn about the native people who have lived by the Eel River for over 12,000 years. Guided by an interpreter, you and your partner or family can see the inside of a wetu (house), watch the construction of a mishoon (dug-out-canoe) and learn about the seasonal Wampanoag diet. We're pretty sure that beats sitting on a hot bus for more than two hours.

As you drive further south, the scenery will become greener and greener. Just less than 35 minutes driving along the tree-lined roads from Plymouth will land you in Sandwich, the oldest town on Cape Cod.

Town Neck Beach has been ranked among the best beaches on Cape Cod and its serene boardwalk leading to the beach leaves no wonder why. Sit down here for a picnic lunch and, if it's a clear day, enjoy the views of Cape Cod Bay all the way to Provincetown. You might want to have some towels to hand as the water here is slightly warmer than the oceanside beaches of Cape Cod, making it an ideal spot for a quick swim. Alternatively, there are a wide selection of local restaurants to suit your tastes.

The last stretch of our road trip before boarding the ferry to Martha's Vineyard is perhaps the most simple yet, with woodlands extending to your left and the sea meeting the shore on your right. 35 minutes to go until you're on the boat.

When you arrive in Woods Hole you'll be able to board a ferry operated by The Steamship Authority, the only Martha's Vineland ferry service that transports cars. When traveling by car you should make an advance vehicle reservation to ensure your place on the ferry.

With a U.S. Coast Guard-certified crew to look after you and spacious seating, you can completely relax on board. You can smell the salt from the ocean and you can make out Vineyard Haven in the distance. The ferry offers free Wi-Fi and TV in addition to snack bars with beer, wine and mixed spirit drinks. After 45 minutes across the water, you'll be able to drive off the ferry toward your spacious vacation home in Martha's Vineyard. Your vacation has only just begun but you've already seen and experienced so much.

A Long Way From Boston

If you find yourself looking to escape the city life now and then but don't want the hassle of having to find a nice place to stay in a location you want to visit, we can help. Whether you'd like a vacation home in Martha's Vineyard or somewhere else, we offer the chance to engage in real estate partnerships that make owning a luxury vacation home for you and your family much more affordable.

We currently have properties in Florida, New York City, South Carolina and Massachusetts, as well as in Colorado, U.S. Virgin Islands and Mexico Contact us to learn more about how we can help and you may find yourself making exciting road trips like this one from Boston to Martha's Vineyard a lot more often.

Exploring the Wonders of Guanacaste, Costa Rica
A Buyer's Guide to Apartments for Sale in New York City
The Best Golf Courses on Cape Cod
What Can You Buy via Fractional Ownership / Co-ownership?
A Guide to the Real Estate Ownership Types
The Ultimate Vacation Home Cleaning Checklist
A Growing Problem in Real Estate: Too Many Too Big Houses
Lifestyle Asset Group Featured in Business Insider
The Architectural Charm of a Cape Cod-Style House
A Perfect Cape Cod Vacation Home in North Falmouth, MA
The Best Beach Communities in Florida
Best Winter Vacations in the US
Investing in Luxury Vacation Homes: A Real Estate Hedge Against Inflation
What Is Cape Cod like in Winter?
The Benefits of Owning Real Estate in an LLC
Cape Cod Homes for Sale Under $300,000 - A Direct Comparison with Co-Ownership
Magicseaweed Cape Cod Surf Report: Why Cape Cod Is a Surfing Destination!
A Guide to Shared Ownership Second Homes
America's Top Luxury Home Builders
A Review of WaterColor Florida
A Guide to Vacation Real Estate Investing
A Review of Real Estate Syndication Companies
Custom Built Home or Co-ownership Home?
The 6 key differences between Timeshares and Fractional Ownership
Things to Do in Siesta Key Florida
Anna Maria Island: A Great Destination to Buy a Vacation Home?
Lifestyle Asset Group vs. Pacaso: Exploring the Differences and Similarities
Why Timeshares and Fractional Ownerships Fail in Today's Market
Become a Co-Owner of Luxury Real Estate in San Miguel de Allende
6 Benefits of Buying a Vacation Home via Lifestyle Asset Group
5 Reasons Why People Love Seabrook Island, SC
Top 5 Beach Destinations to Own a Vacation Home
The Best Way To Travel to Martha’s Vineyard From Boston
A Review of Seabrook Island
7 Reasons: Our Model Beats Clubs Like Inspirato
Forbes: Regular Travel Is Really Good for You
NYT: Luxury Homes Are a Safe Investment
Minimal Investment, Life-Changing Returns
Lifestyle Asset Group Featured in Forbes
A Mansion Glut–or a Grand Opportunity?
A New Lifestyle Comes to Maui
Everyone Can Be a Kid on Seabrook Island
Fractional Real Estate: Vacation Ownership Your Way
Got Wanderlust? We Have The Cure
We Are Changing Second Home Ownership For The Better
Travel is the Only Thing You Buy that Makes You Richer
Perfect Timing For A Luxury Second Home Partnership Model
Two New Luxury Partnership Offerings in St. John, USVI
The Best Way to Invest in Property - A Case Study
Top 3 Reasons Why 81% of Second Homeowners Dislike Owning Their Vacation Home
Lifestyle Asset Group Presents Smart & Sensible Partnership Model for Cape Cod and Nantucket
Stable Assets In Unstable Times
How Lifestyle Asset Group Improves Upon the Fractional Real Estate Model