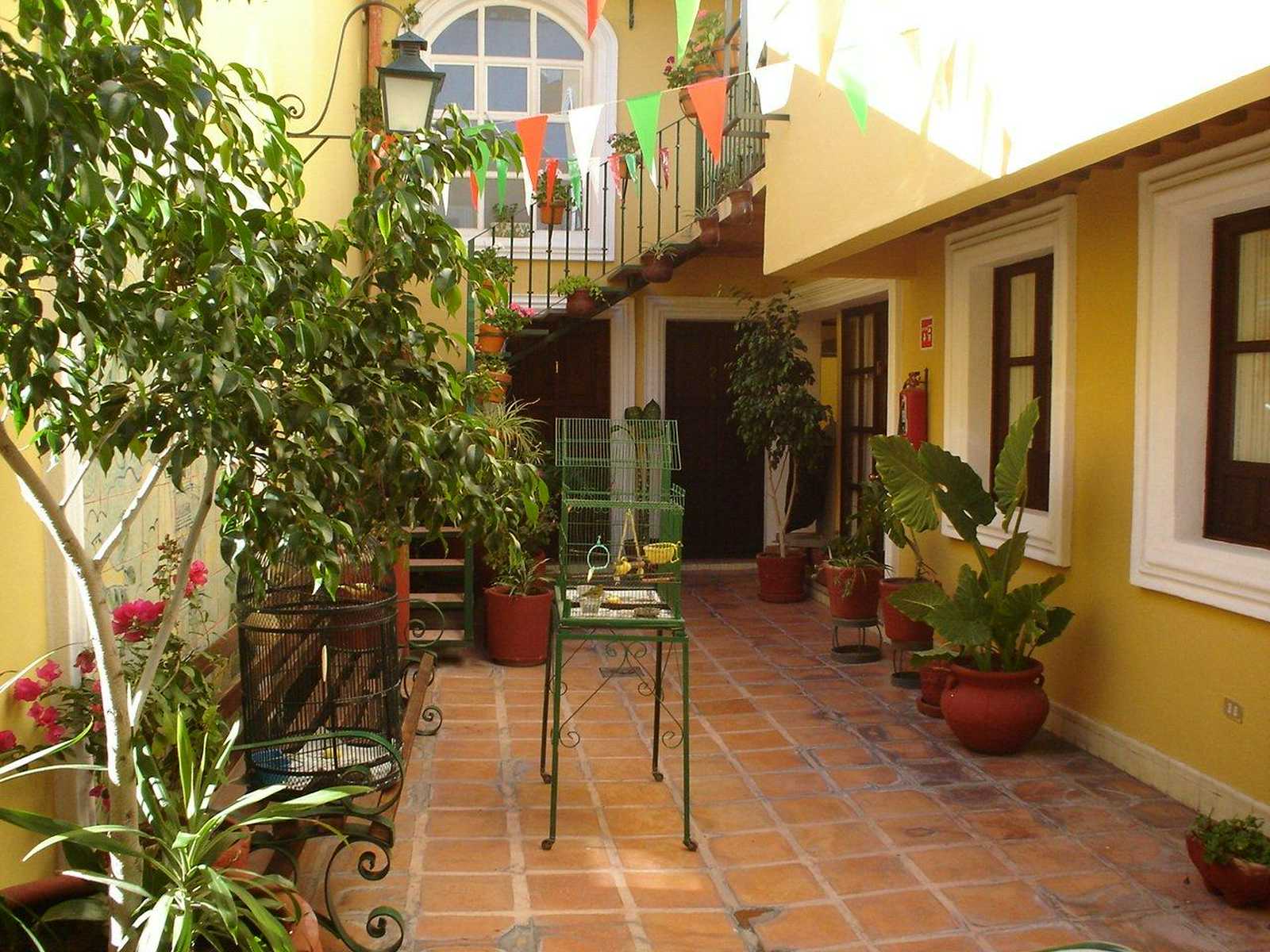 Posted on
by
Marlena Grant

Celebrated for its Spanish Colonial architecture and provincial charm, the city of San Miguel de Allende has a reputation for its rich culture and tourist-friendly ambience. Home to a large population of expats, San Miguel de Allende’s art scene and history draw visitors from all over the world. As a popular tourist destination, the city has also attracted investors and developers who have launched a myriad of upscale properties. These luxury real estate residences and villas provide their owners with vast income potential. If you’re interested in expanding your portfolio to include co-ownership of luxury real estate, you should discover what San Miguel de Allende has to offer.

Located in the Mexican state of Guanajuato, San Miguel de Allende is home to roughly 140,000 people, but it attracts visitors from around the globe, including many weekenders from nearby Mexico City which is only 170 miles away. Originally a Chichimeca village, San Miguel de Allende was settled by the Spanish during the mid-1500s. Juan de San Miguel, for whom the city is named, built its first chapel there around the year 1541.

In time, more Spanish arrived and constructed the city’s Colonial architecture and the cobblestone streets it’s known for. Today, part of the city’s old section has been declared a UNESCO World Heritage Site, which helps to underscore San Miguel de Allende’s cultural heritage and worldwide acclaim.

Owing to the beauty of the city, many filmmakers have featured it as a backdrop and have done so since the 1940s. With its international art scene, the city not only attracts artists and art lovers, but also students and budding creatives. With its rich array of museums, galleries, theaters, restaurants, shops, and festivals, San Miguel de Allende affords visitors a myriad of things to see and do. With its luxury properties, it’s able to accommodate international travelers in opulent style with all the modern conveniences.

A city of culture and landmarks, San Miguel de Allende offers something for all types of travelers. Whether they’re interested in sunshine and relaxation or art and history, vacationers routinely include the following attractions on their travel itineraries:

San Miguel de Allende’s lively center is its main square: El Jardin. Like other Colonial-era Mexican cities, El Jardin is a central plaza that serves as a social center and site of community celebrations such as holidays and festivals. Beautifully landscaped with formal gardens, El Jardin is a postcard-worthy setting with its tree lined avenues and wrought iron benches. The plaza is generally filled with vendors and mariachi as well as locals and visitors alike.

Not only is the Parish of San Miguel Arcangel, located near El Jardin, one of the most notable features of the city; it’s regarded as one of the most beautiful churches in all of Mexico. Completed in the late 17th century, the church boasts a neo-gothic facade with stunning floral motifs and friezes. Within the church, visitors will find breathtaking works of art such as the famed “Cristo de la Conquista.”

While many world capitals have their spas, San Miguel de Allende boasts its own natural hot springs. Located just outside of the city, Escondido Place features natural indoor and outdoor natural thermal baths. There are also spas in the area that feature high-end skin and massage treatments. Many visitors to the city come exclusively for these wellness attractions.

Located just north of the city, Fabrica La Aurora operated as a textile mill for roughly a century. Today, it has been transformed into a gallery of shops, art galleries, and cafes that illustrate the city’s vibrant art and social scene. Many artists can also be found giving live demonstrations. No visit to the city would be complete without a stop here.

El Charco de Ingenio is a captivating botanical garden that is situated on 170 acres. While many tourists come to San Miguel de Allende for its rich culture and historical charm, its natural setting is yet another of its attractions as evidenced by this garden and its native plantings. Unlike many of the city’s older attractions, the garden was only established in 1990. Its newness lends a fresh element to the city and has become a popular site for picnickers and nature lovers.

San Miguel de Allende’s history extends hundreds of years prior to the Spanish founding of the city. While not much is known about the area’s original occupants, who likely settled there by 540 AD, there are amazing archaeological finds like Canada de la Virgen that attract scholars from all over the planet. Canada de la Virgen has only recently been excavated. The public has only been able to access it for about 10 years. The pyramidal structure underscores the city’s pre-Colonial past along with the mysteries of the people who once made the region their home.

Although San Miguel de Allende is celebrated for its art scene, foodies flock to this Latin American jewel for its culinary offerings. Even though the city isn’t particularly large, its food scene is incredibly diverse, ranging between traditional regional Mexican fare and international flavors brought to town by its community of expats. The city is filled with high-end restaurants, charming cafes, bakeries, rooftop eateries, and cocktail bars.

During your food tour, you’ll find everything from al pastor and mole to Peruvian roasted duck and American cheeseburgers. Tacos are everywhere–even the upscale establishments feature their signature taco versions. As for spirits, agave liquors are featured in popular local cocktails, and some of the city’s best loved wines hail from local vineyards like the 400-year-old San Miguel Vineyard.

One of the best ways to soak up San Miguel de Allende’s charm is simply to explore the 24 blocks of its renowned city center. Its cobblestone lanes, quaint courtyards, and historic architecture (often colorfully painted) provide a perfect backdrop for a memorable vacation. If you’d prefer not to walk, there’s a trolley you can take to view the most popular city sites. Some guided trolley tours are offered in English and last about 90 minutes.

San Miguel de Allende remains a popular international vacation destination. The steady stream of tourism from within and outside of the country makes the city an attractive investment prospect. One real estate property that has generated excitement among investors is Quimera Private Residence Club, a luxury villa located in a golf course development. With its resort-like atmosphere and wealth of accommodations, the property is not only a safe investment, but it’s a world-class place to spend your vacations.

Operated by the Lifestyle Asset Group, Quimera Private Residence Club is a prestigious villa in the San Miguel Mountains. Its location within a golf course development make it a must-stay designation for golf lovers as well as tourists who visit to explore the city. The villa boasts four spacious bedrooms as well as a fully modern kitchen, 5.5 bathrooms, private swimming pool, spectacular city views, patio, and more than 5,000 square feet. The villa’s interior is richly furnished and designed with comfort and relaxation in mind.

The Benefits of Villa Co-Ownership

Quimera Private Residence Club co-owners have  numerous benefits to look forward to with their investment. When in residence, for example, owners can golf for free and their guests can golf at discounted rates. Co-owners each enjoy five weeks of confirmed reservations complemented by concierge service for a no-hassle travel experience.

Co-owners also enjoy all the amenities found at the golf club, including its community pool, fitness center, dry cleaning services, game room, access to private chef service, room service, and more. The prestigious golf club and property is renowned for its beauty and luxury atmosphere.

Exploring the Wonders of Guanacaste, Costa Rica
A Buyer's Guide to Apartments for Sale in New York City
The Best Golf Courses on Cape Cod
What Can You Buy via Fractional Ownership / Co-ownership?
A Guide to the Real Estate Ownership Types
The Ultimate Vacation Home Cleaning Checklist
A Growing Problem in Real Estate: Too Many Too Big Houses
Lifestyle Asset Group Featured in Business Insider
The Architectural Charm of a Cape Cod-Style House
A Perfect Cape Cod Vacation Home in North Falmouth, MA
The Best Beach Communities in Florida
Best Winter Vacations in the US
Investing in Luxury Vacation Homes: A Real Estate Hedge Against Inflation
What Is Cape Cod like in Winter?
The Benefits of Owning Real Estate in an LLC
Cape Cod Homes for Sale Under $300,000 - A Direct Comparison with Co-Ownership
Magicseaweed Cape Cod Surf Report: Why Cape Cod Is a Surfing Destination!
A Guide to Shared Ownership Second Homes
America's Top Luxury Home Builders
A Review of WaterColor Florida
A Guide to Vacation Real Estate Investing
A Review of Real Estate Syndication Companies
Custom Built Home or Co-ownership Home?
The 6 key differences between Timeshares and Fractional Ownership
Things to Do in Siesta Key Florida
Anna Maria Island: A Great Destination to Buy a Vacation Home?
Lifestyle Asset Group vs. Pacaso: Exploring the Differences and Similarities
Why Timeshares and Fractional Ownerships Fail in Today's Market
Become a Co-Owner of Luxury Real Estate in San Miguel de Allende
6 Benefits of Buying a Vacation Home via Lifestyle Asset Group
5 Reasons Why People Love Seabrook Island, SC
Top 5 Beach Destinations to Own a Vacation Home
The Best Way To Travel to Martha’s Vineyard From Boston
A Review of Seabrook Island
7 Reasons: Our Model Beats Clubs Like Inspirato
Forbes: Regular Travel Is Really Good for You
NYT: Luxury Homes Are a Safe Investment
Minimal Investment, Life-Changing Returns
Lifestyle Asset Group Featured in Forbes
A Mansion Glut–or a Grand Opportunity?
A New Lifestyle Comes to Maui
Everyone Can Be a Kid on Seabrook Island
Fractional Real Estate: Vacation Ownership Your Way
Got Wanderlust? We Have The Cure
We Are Changing Second Home Ownership For The Better
Travel is the Only Thing You Buy that Makes You Richer
Perfect Timing For A Luxury Second Home Partnership Model
Two New Luxury Partnership Offerings in St. John, USVI
The Best Way to Invest in Property - A Case Study
Top 3 Reasons Why 81% of Second Homeowners Dislike Owning Their Vacation Home
Lifestyle Asset Group Presents Smart & Sensible Partnership Model for Cape Cod and Nantucket
Stable Assets In Unstable Times
How Lifestyle Asset Group Improves Upon the Fractional Real Estate Model